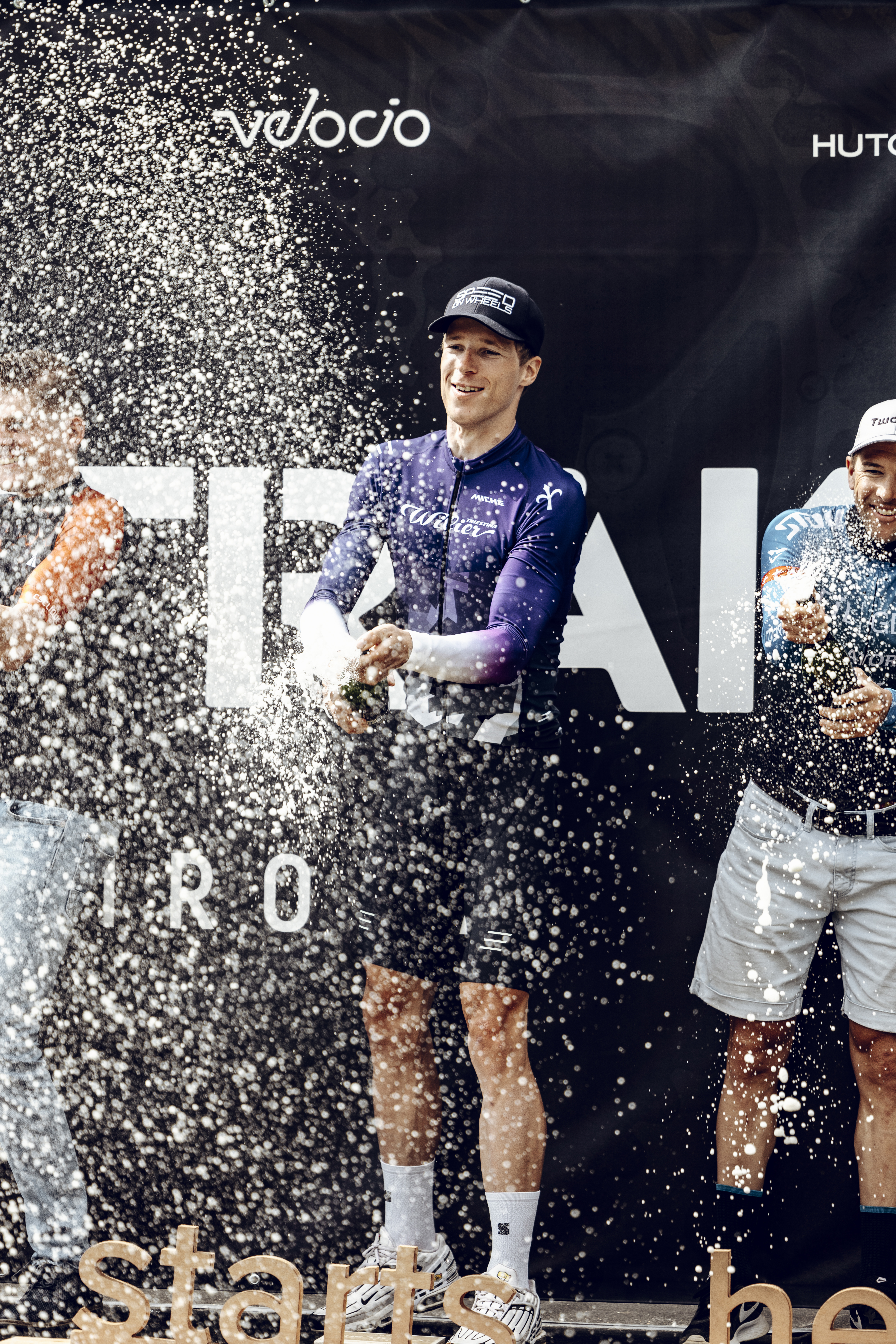 At 7 am this morning the starting gun sounded for a 200 kilometer race with 2200 altimeters. From the start onwards itwent straight up into a technical, muddy section. A number of crashes confirmed that you had to be sharp on your position in the race. I was consistently riding in the top five and felt in control of the race.

On the short climbs I had a good punch. With a front group of 12 riders we made speed over the flat part of the race. After the first feed zone the second group joined us and a small peloton formed towards the decisive moment of the race, a7km climb. It was my goal to give it my all here. On the climb I dug deep and only three other riders could follow.

In the fast descent two men came back, Laurens ten Dam and favorite Peter Vakoc, both former professional roadies. This was the decisive move indeed. With few difficult course features until the finish, the group broke several times on atechnical section and shorter climbs. But nothing could stick so we rode to the finish with the six of us. From then on I trusted my sprint.

The battle with the number two was tense until the corner to the finish. We approached the corner with very high speed and I sprinted to take the lead. Due to the high pace, I was afraid that I would slip in the last corner, but my tires kept perfect grip on the gras.

When I looked sideways and saw that the victory was mine, it felt very special. It is of course very nice to win the very first gravel race of the year. Especially after months of preparation and setting up my own one-man team as Willier Triestinafactory racer.

The material was perfect and Wilier has really made a super gravel bike with the RAVE SLR. Schwalbe sent new tires especially for the race and Miche’s new wheels topped it off. With no mechanicals along the way, this was the perfect start to the season. Now I can travel to America with a very good feeling for the next races.

The beauty of this theme is that is built with Modules. Every time you can active or dis-active any module that you would not need anymore ! Awesome WordPress Theme with latest technologies.